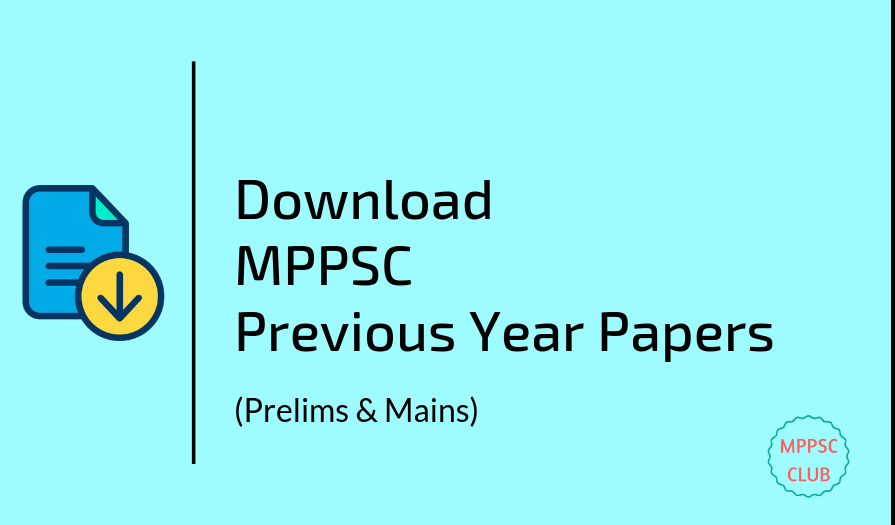 Friends, as you know for any examination, the previous year’s papers are most important. So, on this page, you will get MPPSC previous year papers for the last 10 years (2012-2021) for MPPSC Prelims & Mains examination.

You can also check ;

Join our Telegram Channel for the latest updates regarding MPPSC Exam!

All MPPSC previous year papers are available in both Hindi as well as in the English language also. If you want to solve all these MPPSC prelims papers online, you can visit our Practice page.

In MPPSC 2016, Mr Saurabh Mishra got the first rank and become the MPPSC topper.

In MPPSC 2015, Miss Ankita Tripathi got the first rank and become the MPPSC topper.

Commission has declared the result of MPPPSC 2015 twice because of some error. The updated MPPSC 2015 result can be checked here.

In 2014, the commission has changed the pattern of the MPPSC exam and removed the Optional Subject’s paper from MPPSC Mains Exam. Here we have uploaded MPPSC 2014 Prelims Paper, MPPSC 2014 Mains Paper.

Here only MPPSC Prelims 2013 paper is available. Because during this year, there was a pattern of Optional subject, which has now been removed, that’s why we have not provided the MAINS paper.

As you all know that, during this year there was a pattern of Optional subjects in the MPPSC Mains exam. So, we are not providing MPPSC 2012 Mains paper. You can also download MPPSC 2012 Final selection list.

Disclaimer : The Source of this information is the Official MPPSC website. We are not responsible for any mistake. We are trying to provide you the most authentic information related to MPPSC Exam. If you have any problem with content, you can always contact us at mppscclub@gmail.com.