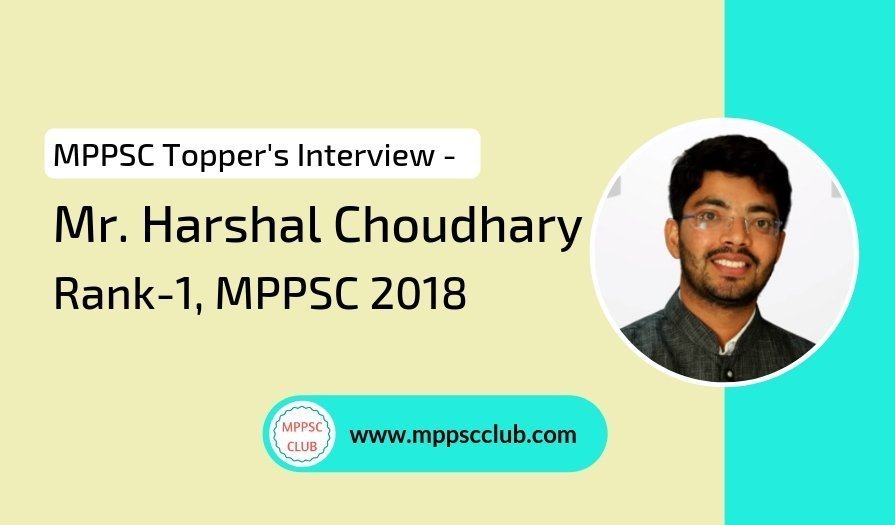 Friends, recently commission has announced the result of State Services Exam 2018. And, this year Mr. Harshal Choudhary has got the number one position in this exam. In this blog post, we are going to see his journey of MPPSC preparation, Strategy, Book-list suggested by him and many more things in his own words. This post will help you to understand various aspects of this exam.

In this 3rd Episode, we have Mr. Harshal Choudhary, Rank-1, MPPSC 2018. He is selected on the post of Deputy Collector. Let’s see his journey !

Hello friends! I am Harshal Choudhary. I have secured the First Rank in the state civil services examination 2018 conducted by MPPSC. In the recent one month of my life, when it went through a paradigm shift, I have met oodles of aspirants, their parents, friends, and well-wishers who are intrigued to know my journey and strategy of handling this esteemed examination. Several others have also demanded to share my strategy via comments on YouTube, Instagram etc. So let me take you through the glimpse of my itinerary.

I studied at Bharat Jyoti Higher Secondary School, Mandla till 10th. After my 10th, I opted for Maths, Physics and Chemistry subjects and went to Bhilai to prepare for engineering entrance examinations (AIEEE, IIT-JEE etc.) so that I get into a decent engineering college.

I cleared AIEEE ( the engineering entrance exam at that time in 2009) and got Mining Engineering Branch in National Institute of Technology (NIT) Raipur. During my college, I solely focused my efforts on getting good grades and excelling in academics so that I had the upper hand during the campus selections (as I was in dire need of a job??). I did not even think of studying for civil services at that point of time. I never even bothered to read the newspapers in that period.

As soon as I completed my engineering, I got placed in Coal India Limited (a Maharatna Public Sector Undertaking) via campus recruitment. I am still working in Coal India Limited as Assistant Manager from 21st August 2013 till date. I have given my resignation notice on 2nd March 2019 and will have to serve the company for 90 days till 2nd June 2019 after which I will be officially relieved from the company to join civil services.

Preparation along with Job ( The Time Management):

Coal India had made me sign the BOND PERIOD of 5 years. When the 4th year of BOND was on the verge of completion, I started preparing for MPPSC ( i.e. from September 2016) i.e. almost three months before the notification of MPPSC 2017. I anyhow took out 4-5 hours after my daily job routine and studied with full dedication.

At that point of time, I want to convey this message to all the aspirants that studying with dedication even for 4-5 hours is sufficient if your study is productive and is done with full concentration.

For prelims, I focused only on self-studies and took my Prelims exam and scored good ( i.e. 164 marks). At that time, it was being assumed by experts that the cut-off marks will be near about the score of 138 marks.

Being sure of myself clearing the prelims, I started preparing for the Mains exam immediately. I realised that I need to understand the examination pattern and orient my preparation according to the demand of examination, I took leave from the company and went to Indore. There, I joined Kautilya Academy on 24th February 2017 and started attending the classes for Mains examination.

I started studying for Mains examination in Kautilya academy from 24th February 2017. I could just study for almost 36 days and on 31st March 2017, the result of Prelims exam was declared. unfortunately, my name was missing on the list.

Though I had answered 82 questions correctly, but I missed marking the set bubble in the OMR sheet and was hence disqualified.

Deeply saddened by my foolish error, I came back on 31st march 2017 to my job in Coal India hoping to reappear in MPPSC 2018.

The day I came back to my job after being disqualified from Prelims, I had decided that I will make the complete notes of every single topic of Mains exam syllabus on my own before the dates for Prelims 2018 are announced i.e. I had decided to complete my mains syllabus notes well before prelims 2018 notification.

I used to took out 3-4 hours daily after my routine duty, devoted them to the study and made the complete notes of almost all the topics by self-study (with the given book-list, YouTube channels and internet sources etc.). In this period, I just made notes, I did not learn the entire syllabus while making notes. The basic idea of each topic was somehow absorbed in my subconscious mind and I knew the topics and content cursorily.

Now as soon as the date for Prelims 2018 was announced, I started preparing for it on my own. I gave prelims exam and when I was quite sure of clearing the cut-off well, I started preparing for MAINS through SELF-STUDY ( Now I only had to revise the notes prepared by me earlier, I did not have to search for new topics, new notes, new books as my Mains exam notes were already prepared by now).

On June 10, 2018, I again took leave from my office and went to Indore to join the Test Series for Answer Writing Practice in Mahatma Gandhi Institute for Civil Services at Bhanvarkuan, Indore. I gave 3 Full Length Tests during that month of preparation before the Mains which was conducted during the last week of July 2018. Then I appeared in Mains examination in July and cleared it.

Then I came back to my job and started reading the magazines and newspapers diligently as I knew that this is going to help me in the interview.

As soon as the MAINS result was announced and I was in the selected list, I came to Indore a week before my interview in order to give a few mock interviews for practice. I had given 2 mock interviews each in Indore Kautilya Academy and  in MGICS.

The results were announced on 26th January 2019 (The Republic Day) and Rest you all Know !

A word for students who wish to clear exam by SELF STUDY.

Even I had made it through self-study and we have seen hundreds of other examples. I had just attended 36 days of MAINS coaching which is meager and can be easily neglected. Remember, time is the most valuable asset. Once you utilize your time in right direction with full dedication and honesty, you can do it on your own. Trust yourself and surround yourself with positive energy. DO NOT GET DEMOTIVATED due to lack of resources.

Develop the fire within you. Be the change you want to see.

What you think, you become. What you feel, you attract. What you imagine, you create.Buddha

Let me clear again another popular myth related to the coaching institutes I had joined:

This was the only exposure to coaching institutes for which I am deeply thankful to them. Rest of the preparation was with SELF STUDY which everyone should focus on.

He is a very humble and kind person. If you have any query regarding MPPSC exam, you can contact him at his Instagram Handle. We are very sure that you will get reply within hours.

We are soon adding book-list for MPPSC Prelims and Mains Exam suggested by Mr. Harshal on our website. We will also add, Questions asked from him during Interview exam. So, keep visiting our website.

Disclaimer: We are sharing all this Information with proper authorization from Mr. Harshal Choudhary. We have tried our best to provide you authenticate information, If you still found anything wrong with the content, please write to us on mppscclub@gmail.com 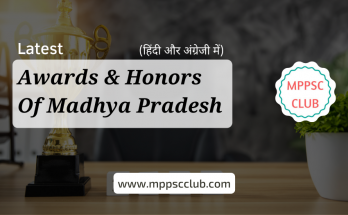